“A well-read woman is a dangerous creature." —Lisa Kleypas 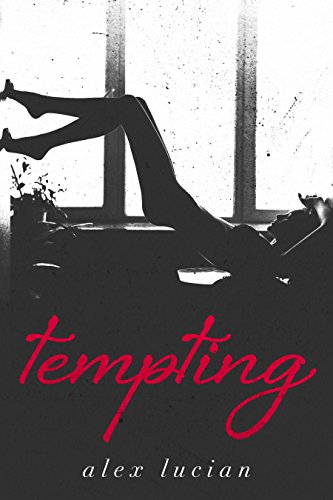 In this steamy erotic romance, Adele Morello is a 21-year-old creative writing student at a Boston university.  She runs into her professor, Nathan Easton, one night in a bar.  While Adele knew he was her professor, Easton did not recognize Adele as one of his students, and they leave together for a little one-on-one action.  When Easton later realizes that Adele is his student, he tries to resist her advances, but Adele is a persistent one when she wants something.  Nathan then must battle his inner demons that falling for Adele has brought to the forefront after the death of his wife nearly four years prior.

5 STARS
What worked:
I’m just going to say it.  Go ahead and click the link above to buy this book.
Where do I begin?  The characters of this book were very well developed.  I got a clear sense of who they were, their background stories, their personalities that remained consistent throughout.  Their chemistry was phenomenal and explosive.  Their thought processes were very realistic.  The characters are really what made this book.
The story itself was interesting and kept me turning the pages.  Had I not committed to beta-reading another story in the middle of reading this book, I would have easily finished it within a couple of days, and when I did finish it yesterday, I turned around and read the sequel (Provocative) until I finished the entire thing around 2:30 a.m. this morning.  (The sequel was even better than this book!)
I felt like the pacing of this book with right on point.  The story kept moving, not too fast and not too slow.  There was just the right balance of conflict and bliss.  There was never a point in this story where I was trying to skim ahead to get to the good parts.  It was almost all good parts!  (And by good, I mean interesting.)
Some of the quotes I highlighted in this book include:
What could use some work:
There were a few typos here and there, and places I thought a comma needed to go, but I could probably count these errors on one or both hands.  They were very minimal and did not detract from the story.
There were a couple of paragraphs where some words were a little repetitive.  For example, “I rolled my eyes.  My eyes searched the bar before coming back to Leo…” (Chapter 2, page 12).  Then in Chapter 6 on page 45, “Rolling my eyes, I moved my eyes back to the paper, wholly uninspired.  My eyes caught on the doodle I’d drawn during class…”
Overall, this book was fantastic.  I highly recommend, and I recommend Provocative as well.  There is another book in between this one and its sequel, Beguiling, which the author claims is a standalone novel with Adele’s best friend, Leo, as the main character.  I might just read that one next!  And by the way… if anyone can figure out if Alex Lucian happens to be a man or woman, will you please let me know?  I’m not sure why this is such a burning question for me, but it is!!

This site uses Akismet to reduce spam. Learn how your comment data is processed.

This site uses affiliate links with Amazon, Barnes and Noble, iBooks, and Rakuten (Kobo) to earn from qualifying purchases at no extra cost to you.